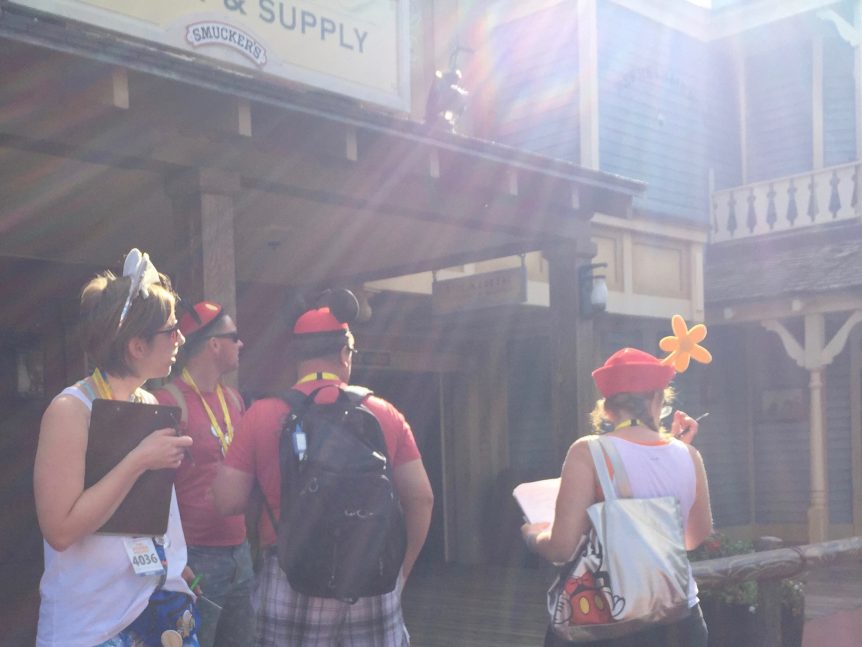 We always tell players: "Disney Parks are dynamic environments and things may have changed since we were here last night." We're perfectly serious—critical quest elements have been moved/removed/painted/etc. overnight on so many occasions that we are (almost) no longer surprised.

Missing data is obviously one of the worst problems that a team can face—it seems safe to assume that the thing we have told you to find is somewhere in the land where you are currently working. While we do check as many data points as we can in the first hours of the game, teams may find issues before we do. In every case, there's a quick huddle and a plan is put in place. In most cases, we prefer to not give away a piece of data unless the team appears to know what they are looking for.

The soup can on Gadget's Go Coaster in Toontown at Disneyland was the key to a final quest in fall 2007, and when the report came in at MouseAdventure Central, it was initially disbelieved. It took a trip out to Toontown to confirm that the rollercoaster was still standing, and that the piece we had assumed was structural was merely cladding around a pillar.

At Walt Disney World in 2017, teams searched for the final answer to a quest in Frontierland for the final answer, which was the date on the medallion around the Indian's neck standing outside the old cigar shop. Once again, the report came through to MouseAventure Central that "there is no Indian." Having checked the evening before, we suspected that the players were not looking in the right location. Once again, a staff member was dispatched, and then spent the rest of the afternoon standing on the spot where the errant Indian had been not 24 hours before.

At MouseAdventure: Under Construction in 2018, the very elegantly designed card puzzle using the construction wall panels took place in an area with no exit. The Disney team in charge of that area had a limit on the number of guests allowed in at any one time and when you flood an area with 50 to 100 people, it suddenly becomes very clear that there's a MouseAdventure going on! The solution to this particular problem involved stationing me on the bridge between San Francisco Street and the pier, acting as a gatekeeper to let in one team once a team had left.

For the 2019 spring Disneyland game, the final question for the shooting gallery quest asked "What did the crate that houses the change machine originally hold?" Players would then mosey on over to the change machine to find a change machine wrapped in a wooden box that said "Ammunition" on the side. However, a recent replacement or paint job had covered up the words. Once we discovered the problem, we decided to tell teams to write down the question as their answer to demonstrate they had done enough of the puzzle to qualify for points.

Of course, stories like these can easily give the impression that we run into problems with every quest at every game; if you think of the hundreds of pieces of data that go into each game, the probability is that one or two pieces might disappear. Teams can easily be frustrated by missing pieces that aren't actually missing when they solve a quest wrong; this issue is why it's always a good idea to check in with MouseAdventure Central when there's something on a quest that doesn't seem quite right. Staff members can clarify whether the problem is missing data or PITNIQ (Problem In Team Not in Quest).

Play at Home with MouseAdventure in a Box

MouseAdventure in a Box will bring the excitement of our in-park event to your home! Registration opens April 14.

We are all anxious to get back to in-person MouseAdventure events and the Third Gate Games team misses seeing all of our teams. As much as we would like to get back to hosting a full-fledged game at Disneyland this spring, certain factors have conspired against us. The continued scarcity of reservations makes it difficult to plan ahead. In addition, ...

It has been a very long year and a half since we last had an in-person event, and we have missed you all very much. Last year we announced that we would not have any in-park events in 2020, and for the foreseeable future, which it turns out also included 2021. Luckily, we were able to launch MouseAdventure In a ...